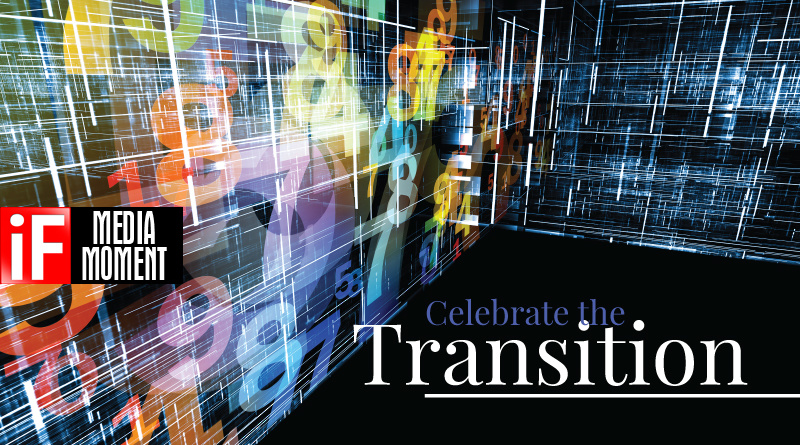 This year started off with a bit of a different feeling and it forced me to rethink what I thought all my life.  I would say that I am an introspective person. Some would say that means I think too much.  Others would say I’m thoughtful.  I prefer the latter. I am re-examining life at this point and what is important.  Not questioning my purpose in it all; just what is truly important.  I have spent the last 2 years as CEO of CReed Global Media with my creator leading the charge.  I am working in my purpose to be of service and add value on a greater platform.  Yet I cannot say that I am taking enough time out to look back on all that has been accomplished and celebrating those achievements, wins, blessings, milestones, and graces. Forward movement is great; reflection is paramount to growth.

Right before the Christmas holidays I lost a relatively young family member to a massive heart attack.  It was and still is a shock to me and my family. He left behind a wife and son along with countless others who loved his free spirit and ability to make things happen. Now he is looking down on us all from above. As I write, I think about this being the end of the first quarter of the year where some started 2020 resolutions and have already fallen off and others are still going strong; keeping their promises to themselves. They should celebrate! We all should celebrate! You see, to make a resolution means you are looking forward to more of life to come.  We get to have that privilege – to celebrate!

Recently Kobe Bryant, his daughter Gianna, and 7 other passengers died on a helicopter that crashed on Sunday, January 26th. The world came to a  halt unlike I had ever seen before.  What a way to start off the new year and my birthday month too. This was a hard loss for many to take.  Kobe was a coveted retired NBA player, father, husband, son, friend, mentor, man and inspiration to so many people. It was touching to see the outpouring of love and emotion for him from many that didn’t even know him personally.  Although death is always hard to swallow something good did emerge; people started to come together. On social media, television, and all over the world you saw apologies and forgiveness – definitely something to celebrate.

On that very same Sunday of Kobe’s death, one of my Directors of Photography welcomed his first son and second child into this world.  How amazing is that! Definitely another something to celebrate. As angels are leaving this earth new angels are coming to replace them and continue the good work of creation and life. It would have been cool to have created a video to capture how I felt in that moment learning of the birth. A video to express all my feelings would have the right slow motion, still images, and wild loud music that goes in and fades out with soft, sweet, and calming tones. In that moment, I thought all would be well with the world with babies ushering in new life and a new start. Of course, this year was just beginning.

February went by fast with lots of great strides, connections, and seemingly things getting back to normal with the exception of a call from a family member with a memory of our lost loved one or the occasional posts and videos of Kobe Bryant, Gianna and Vanessa’s life after losing them both. The month was still filled with love and hope with Valentine’s Day, Black History Month, and reminders of those we lost prompting us to love harder with those who remained with us. Let’s not forget the occasional “Life is happening” bump or bruise where something doesn’t go as planned and you need a little extra prayer to get you through. Still, you could find reasons to celebrate present here too.

The month of March came in quietly and continued to crescendo amid the announcement that China was exposed to the Corona virus which as now spread all over the world – a global pandemic; my first experience with something this catastrophic. People all over the world became panicked with a virus that killed some quickly and others didn’t show symptoms until several days or weeks later; infecting who knows how many in the meantime. We began to lose our elders in nursing homes particularly and those who already had health conditions or compromised immune systems were significantly more at risk of death should they come in contact with COVID 19. Our lives changed instantly.  States of emergency, stay at home work from home orders, travel bans, business closures, and curfews ensued all around the world; from Italy, Australia, Asia, Africa, and the US to name a few reporting positive test results and rising numbers of those who had succumb to the virus. Mass layoffs began and uncertainty loomed.

I watch daily as our Houston government leaders Congresswoman Sheila Jackson Lee, Mayor Sylvester Turner, Judge Lina Hildago, Police Chief Art Acevedo, and more, first responders, medical workers, essential personnel, and good citizens stand at the front lines to bring relief and containment to a chaotic situation in a city with over 2 million people and a region of over 7 million. Just a small microcosm of the world impacted by what is the most unprecedented widespread viral epidemic in my lifetime. While there is so much to unpack here, the gist is that our world had to quickly pivot and begin practicing social distancing, staying indoors, washing hands frequently, hand sanitizing, not touching your face, self-quarantining and more tactics to flatten the curve of the virus spreading. This meant becoming more digital, virtual, and technology focused to keep life going as much as possible without being in physical proximity to one another. Wow! Life just changed – welcome to what could be a new normal.

By now many are not feeling like there is much to celebrate. People were faced with upcoming bills and no jobs and few places to obtain work outside of their homes or without exposing themselves or family to COVID 19. Entrepreneurs like myself, who employ almost 50% of the world’s workforce, were faced with dire situations.  I had to look at the impact as a business owner and find the silver lining and ways I could move my media company forward and help my clients continue to realize value. Well it turns out that although no one could come into the studio, we could record podcasts virtually and dust off content we hadn’t released to still put clients in front of thousands of listeners and viewers. While folks all over the world were isolated in their homes they moved to social media and digital television platforms like CReedGlobalMedia.TV to check out programming to keep themselves entertained. This is great right!  Now CGM is challenged with bringing clients more of what they need and want and that helped to sharpen our skills as a media provider and add more value to our advertisers. We see businesses providing more online offerings, webcasts, e-learnings, and more virtual options to keep up with the new times. The way we rise to meet our challenges is something we can all celebrate. We don’t know how long this will last, so at minimum we must try to innovate, become more creative, and transition to meet the need.

As I reflect, I don’t know what the future holds; none of us do.  I do know that there is much to celebrate while we still have breath. Life is all about moments. Living is about what we make of our moments. Make sure you make them all count no matter where you are, who you’re with, or what you are doing. Celebrate yourself, the people around you, the lessons learned, waking up this morning, the love you have and had, the opportunities given, the emotions felt, and experiences that brought you to this point.  Each of these things weave into the whole of this fabric that we call our journey.  Most of it doesn’t make sense until later so don’t miss the opportunity to celebrate in the NOW! Like T.D. Jakes says “Have a moment. Make a memory”.

This has been a Media Moment written by: Centrell Reed, Founder and CEO of CReed Global Media TV & Studio. Get in touch with Centrell at info@creedglobalmedia.com. 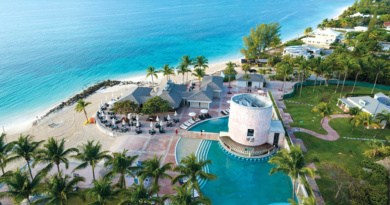 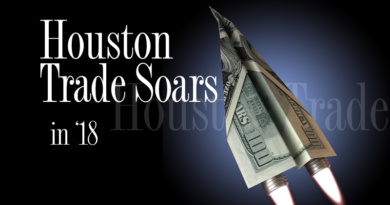