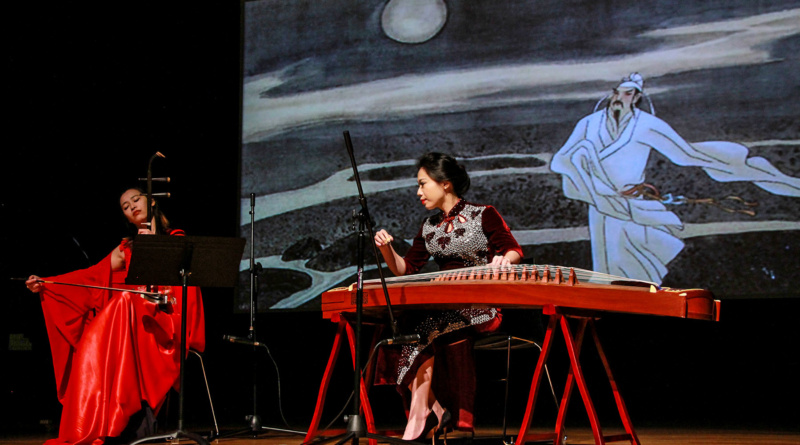 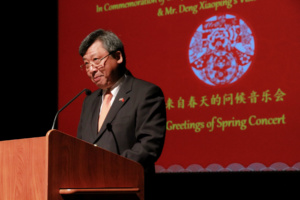 Welcome to join us at this concert “Greetings of Spring”. First of all, I would like to thank Asia Society Texas Center for their kind assistance in organizing this concert. My thanks also go to all the artists for their wonderful performance we will enjoy shortly.

The concert, in the name of “Greetings of Spring” , is to mark the Chinese spring festival, and to commemorate the 40th anniversary of China-U.S. diplomatic relations and Mr. Deng Xiaoping’s visit to Houston.

Over the past fore decades, our bilateral ties have forged ahead, despite twists and turns.

• Forty years ago, only several thousand Chinese and Americans visited the other country. In 2017, the number of visits was close to 6 million. 50 pairs of friendly provinces and states, and 227 pairs of sister cities were established.

• Forty years ago, the areas of cooperation between our two countries were limited. Now, the two sides have conducted fruitful exchanges and cooperation in various fields at bilateral, regional and global levels. From dealing with regional hot issues to global counter-terrorism and non-proliferation, from dealing with the international financial crisis, disease control and environmental protection, the list of cooperation is growing.

Confucius has said, “When reaching forty, one should no longer have any doubts about his life”

Dear friends, the development of China-US relations is attributed not only to the wisdom and efforts of generations of leaders of the two countries, but also to the contributions of the people from all walks of life, including our friends present here today. On behalf of the Chinese Consulate General in Houston, I would like to extend my sincere thanks to all of you.

Confucius has said, “When reaching forty, one should no longer have any doubts about his life”. Forty years of China-US relations do tell us a lot:

No.1 A sound and steady development of the relationship serves the fundamental interests of our two peoples. China and US are the world’s two largest economies and permanent members of the United Nations Security Council. China and US are two great nations, and each is too big to fall. The relationship is defined by the strategic importance, and as everybody knows, it’s always good to have a partner than a rivalry.

No.2 An accurate reading of China is demanded. Despite 40 years of reform and opening-up, China is still a developing country, the per capita GDP and income fall behind the world’s 80th. People’s increasing demand for a better life is the pursuit of the Chinese government. But we can not make copies from the U.S, the 1.4 billion people can not have the same lifestyle of Americans, simply because it’s economically, ecologically and environmentally unaffordable. As always, we will meet the challenges upon our national conditions, and need a peaceful international environment.

No.3 An open mind towards each other should be kept. Last year we celebrated the 40th anniversary of Reform and Opening-up. It’s not a surprise that the establishment and development of China-US relationship coincided with the same period. As President Xi states, China will continue to deepen reform and broaden its opening-up. China’s development should not be viewed as a threat, as China has continuously contributed more that 30% of the world’s economic growth. And it will deliver more benefits to the international community, especially to the US.

No.4 An expansion of cooperation is in urgent need. Cooperation has been the main theme of our bilateral ties for the past four decades, and still is the best option for the two sides. Our common interests are expanding especially in the era of globalization, and the both sides face the common task of maintaining world’s peace and prosperity. The two sides should adapt to the new reality, constantly seek and expand the overlapping interests, constantly deepen and promote practical cooperation, so that the people of the two countries have a greater sense of gain. Based on the mutual respect and win-win principle, the two sides should actively promote business, education, culture, sports, science and technology cooperation, and further consolidate the public opinion and social foundation of China-U.S. Relations.

No.5 A constructive manner is required to deal with the differences.The way for China and the United States to get along should be to respect each other and seek common ground while shelving differences and adhere to the three joint communiques and important consensus reached by leaders of the two countries. In stead of some “disengagement”, the two sides should properly solve some tough issues through dialogue and consultation. Like trade frictions, through negotiation, progress will be made; by imposing more tariffs, no solution will be found.

From my personal perspective, Southern U.S. is such a rich and magical land. The people of Houston are open and inclusive, and the city of Houston is a city of cultural diversity. This is the basis for cooperation and exchange between China and Houston. 40 years ago, then Chinese leader, Mr. Deng Xiaoping visited Houston. The moment he waved a ten-Gallon Stetson cowboy hat to the audience at a Rodeo truly highlighted his entire visit. The cowboy hat is now in display in China’s National Museum. My friend Charles Foster has many stories about Mr. Deng Xiaoping’s trip and the cowboy hat. In fact, Cooperation between China and the southern U.S. is an important part of China-US relations.

Since 1979, the interactions at all levels between China and the Southern U.S. are getting closer. The mayor of Houston, Dallas, Austin and other important cities in the region have also respectively visited China in recent years. Governor Hutchinson of Arkansas, has visited China three times in his first term as Governor, I hope that his fourth visit to China will be carried out soon and bring about more cooperation opportunities. The Lieutenant Governor of Louisiana, These visits have greatly promoted mutual understanding between China the Southern U.S. and enhanced the friendship between the two peoples.

Mutual beneficial cooperation is deepening. China has maintained the top three export markets in Texas, Georgia, Louisiana and Alabama for many years. In 2017, China’s total trade volume with Southern U.S. reached 125.1 billion US dollars. At present, more than 280 Chinese-funded enterprises have invested in this region, with a total investment of more than 23.2 billion US dollars. It is estimated that China will import US$ 8 trillion in goods and invest US$ 750 billion in foreign investment in the next five years. Of course, these opportunities will not fall from the sky, but also need the friends here to work hard with us.

Cultural exchanges are increasingly active. Last year, two cute American girls from Texas, Nathalie and Lauren, won the championship in the 11th “Chinese Bridge” World Middle School Students Chinese Language Competition Finals held by the National Office of Chinese Language. Let me congratulate them once again, I hope that the Chinese language education in the southern U.S. will continue to grow as our cooperation expands.

Last week, my colleagues and I myself were invited to inauguration ceremonies of newly elected and re-elected governors in various States, including Texas and Arkansas. We feel the positive expectation from all walks of life in the Southern U.S. to foster cooperation with China. I believe that cooperation between China and the southern U.S. will have a brighter future.

The world is undergoing tremendous changes. The people of our two countries and the whole world are looking to us to do more for the shared interests of mankind, and it has never been so important for China and the US to work together. In light of this, it is necessary for us to foster a clear framework for our future relations. Let’s work together towards a more stable and fruitful China-U.S. relations with defining features of coordination, cooperation and stability in the next 40 years or even longer.

I would like to conclude by sharing with you some words from President Xi Jinping when he met with President Trump in Argentina: “China and the United States shoulder important responsibilities in promoting world peace and prosperity. Sound China-U.S. relations are in line with the fundamental interests of the two peoples and the general expectation of the international community”. 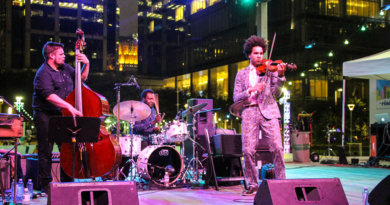 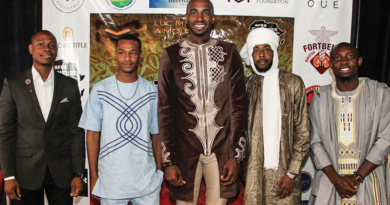 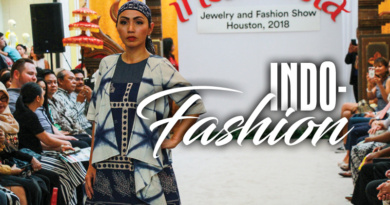