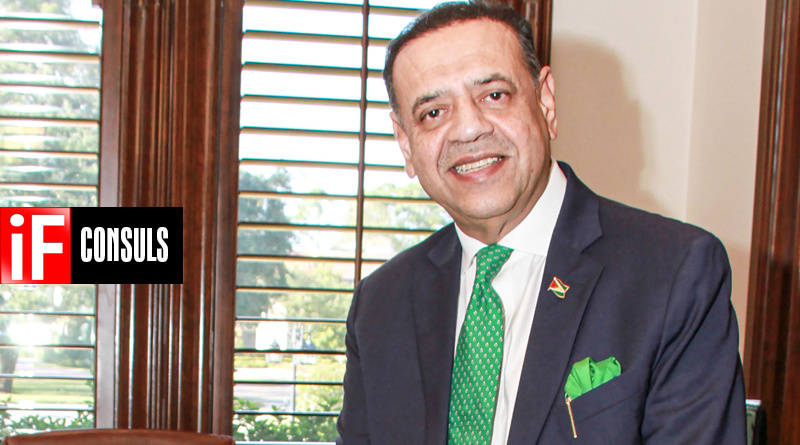 Honorary Consul General of the Co-operative Republic of Guyana

By: Heidi PP, Editor in Chief

Hon. Syed Lutfi Hassan graciously invited me into his home for the interview for this issue. Currently, he is the Honorary Consul General of the Co-operative Republic of Guyana. A resident of Texas for more than 40 years, he brings a wealth of experience both in business & government undertakings.

First of all, I would like to thank you for taking the time out of your busy schedule to talk with us. Walk me through your background a little. How long have you been in the United States?

I have been a  Houstonian for more than 42 years, raising a family in this great and vibrant city. I fell in love with Houston as soon as I moved to the U.S.

Have you always wanted to be in the diplomatic service? How did you prepare yourself to serve as an honorary consul?

For almost three decades, I have been a promoter of business and trade between nations ever since I was the cofounder of the South Asian Chamber of Commerce of Houston. Also, I served as the Chairman of the Houston Mayor’s Advisory Board for International Business Development (MABIAD) Applying diplomacy between nations has been a part and parcel of my activities. So, I have been ready to perform as a Consul General since day one of the appointment.

What area of the United States do you serve as the Honorary Consul General General of Guyana? Is there a term limit on your appointment?

What are the duties and responsibilities of an Honorary Consul?

My position requires me to promote business opportunities for investors and professional service firms for Texans and other Southwestern businesses in the new oil rich country of Guyana. I also support the networking of Guyanese businesses looking to do business with the United States. Also provide services to the Guyanese American residents living in my region.

What is your primary concern for Guyana at this time?

Guyana is a land of opportunity’ therefore, the whole world is flocking there as in a gold rush. As determined and hardworking as the current administration is, they lack qualified human capital to grow the country at the lightning speed they would like to see. They require help from foreign professionals to engage and assist as we have seen happen in the Middle East and other regions. I salute the cabinet of Pres. Irfaan Ali for their sincere efforts to deliver the best possible services to the citizens of Guyana working day and night. I have engaged with many governments around the world, and I have never seen this sincerity which starts at the helm with Pres. Irfaan Ali and Vice Pres. Bharret Jagdeo. It is commendable!

What are the main products for export that Guyana produces? Is tourism a large part of the economy?

Guyana is a country full of natural resources. The list includes oil, gas, diamonds, gold, bauxite, magnesium, etc. …They produce sugar, rice, fruits, and vegetables, livestock, dairy products, mineral water, etc. …As the roads and ports are constructed, Guyana will become a center of commerce for Caricom and South America in the near future. Guyana wants to develop their tourism once the roads are built and exports expanded.They have so much natural beauty throughout the country, (roughly the size of England) with the legendary Rain Forest, the Kaieteur Falls ( highest single waterfall in the world) offering Eco Tourism and holistic health tourism in the deep green forest.

Does Guyana import a lot of products from Texas? Would you say that we are a vital trading partner at this time?

Do you have a goal set for the future of Guyana Texas relations? What issues are you working on?

Guyana and Texas already enjoy a great relationship. I have been working on cementing that relationship to take it to the next level. We have already signed a Joint Airports Co-operation Agreement, pursuing a non-stop flight between Georgetown and Houston/Dallas. We are working on signing a Sister City Agreement.

Is there anything not addressed here that you would like to add for our readers?

I would like to inform the American people and get them to take a look at Guyana as a one-stop destination for business and pleasure. Guyana needs all kinds of services including hotels, restaurants, resorts, sports facilities, and all other entertainment industries. Guyana is in the same time zone as EST in the summer months. It truly is a land of opportunity. People need to pay attention.

Thank you. I certainly learned a lot from our conversation. I hope that some of our readers will contact you regarding Guyana and a trade mission. I look forward to working with you in the near future. 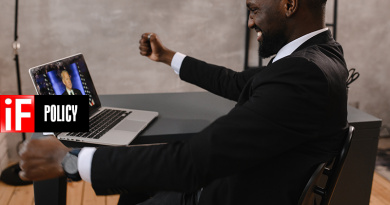 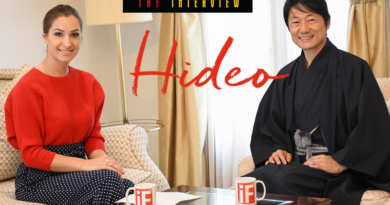 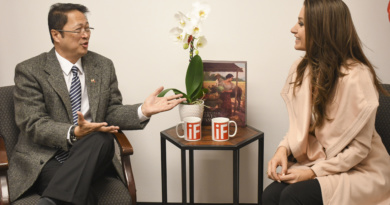