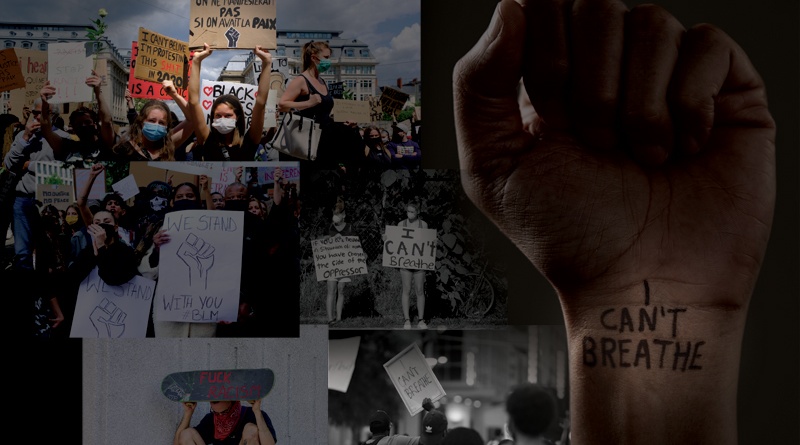 America once again takes the world stage as people across the globe react to the death of George Floyd. Standing in solidarity with the United States, citizens in the Americas, Europe, Asia, Africa, and Australia have held marches and demonstrations of their own. From Colombia to South Korea, humanity is coming together to take a stand against racism and injustice.

In Bristol, England, protestors toppled a statue which has stood for 125 years, that of Edward Colston. The English merchant was a famed philanthropist, using his money to support schools, hospitals, and churches throughout England. Calls for the statue’s removal have been echoed since the 1990s when it became widely known that the merchant made his efforts possible only by making money in the African Slave Trade. The statue, finally toppled on June 7, was thrown into the Bristol Harbor and later recovered for storage.

Protests have been held in Palestine, Syria, and Tunisia where parallels are being drawn between oppression in the Middle East and the United States. Syrian artists Aziz Asmar and Anis Hamdoun show their support of the Black Lives Matter movement by creating a mural to honor George Floyd. Painted on the side of a demolished building, the mural includes a likeness of Floyd along with the phrases, “I can’t breathe” and “No to Racism.” The walls are just remnants from an air strike, carried out during the Syrian Civil War. In Palestine, a mural of George Floyd graces the Apartheid Wall in the Israeli-occupied West Bank.

The Economic Freedom Fighters of South Africa held protests denouncing racism and police brutality in Johannesburg, Cape Town, and Pretoria. Leaders of the group also accuse the South African government of not doing enough to confront police brutality happening in their own community. A Black Johannesburg man, Collins Khosa, was recently killed in his home after soldiers and police found evidence that Khosa was illegally selling alcohol. The soldiers and officers were absolved of his death, locals outraged.

Rallies throughout Scotland have thousands flocking together to show their support. For one demonstration, Scots were asked to take a knee outside of their homes at 6 pm, June 3rd. It was the Ayrshire Police Department who made headline news for participating in the demonstration and posting a photo of kneeling officers on their Twitter account. Police Scotland Assistant Chief Constable Kenny MacDonald was quoted in The Scotsman that officers would be allowed to participate in the demonstration, “if operationally appropriate”.

Despite worldwide support of the Black Lives Matter movement and increasing unrest regarding police operations and treatment of minorities, opposition continues. State controlled media in China and Russia continue to use anti-racism demonstrations in the U.S. to criticize democracy. As China faces its own social unrest, government leaders continue to focus on the ills faced by the United States.

In England, Nigel Farage of the Brexit Party, was met with outrage after comparing BLM with the Taliban. Nigel insisted that while he agreed with the desire to get rid of the historic statues, he called for a more “democratic” measures, calling the protest, “mob rule”. The Nigel Farage Show was immediately terminated by LBC, though both the radio corporation and Farage himself refrained from directly citing Nigel’s comments about the movement. In the midst of the backlash, Farage’s colleagues described his departure as “overdue”.

While the world reacts, there are continued calls for more nations to consider their own issues with systemic racism and over-reaching law enforcement. Protests in the United Kingdom, France, Spain, and the Netherlands have highlighted recent injustices against minorities as examples of the need for their own reform. Assa Traoré, the sister of Adama Traoré, who was killed while in French custody, noted at a protest in France last week that her brother was killed “in exactly the same way” as George Floyd.

Perhaps global support for the anti-racism demonstrations in America will spark something even greater: confronting systemic racism, colorism, and brutality on every other continent. 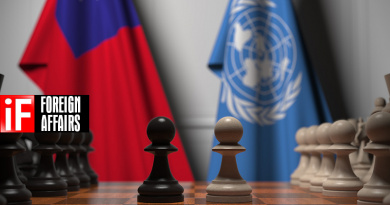 Reimagining A More Resilient UN System With Taiwan In It 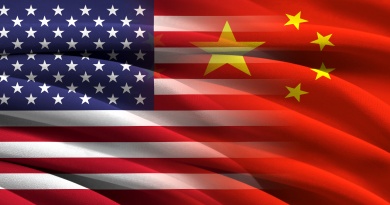