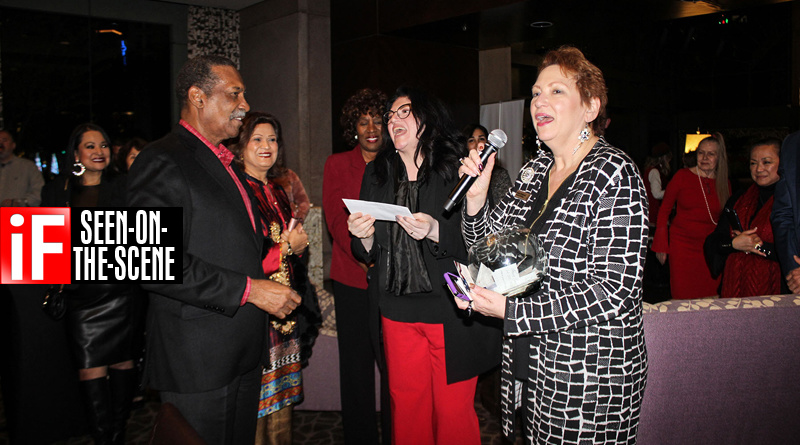 On December the 19th, Margery Reinheardt, Director of Catering for the Hilton Post Oak, graciously hosted a fabulous Holiday Mixer for iF Magazine and guests from Houston’s International Community.

The delicious bites provided by the hotel were enjoyed by all present. Val Thompson, publisher of iF, welcomed the guests and introduced Sonia Rivera as the new Executive Director of HITDC. She announced that several trade missions are planned for 2020 and that the Annual Global 7 awards is coming up in May. Also recognized was Heidi Powell, chief photojournalist, Sonia Guimbellot and John Bernhard, Honorary Consul of Switzerland, our January cover and featured interview.  He made a few remarks to the guests and all mingled for several hours.

Entertainment was provided by Teofillo Bijarro, who is known as “The Blind Bassist”. He is a local hispanic multi-talented musician and he serves as music director of many projects in and around Houston.

A weekend at the luxurious Hilton was raffled off as a door prize. All in all, it was a lovely evening, and no one wanted to leave. 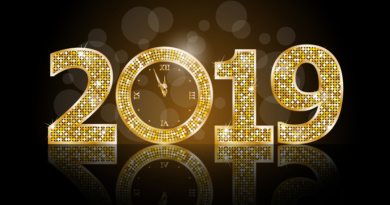 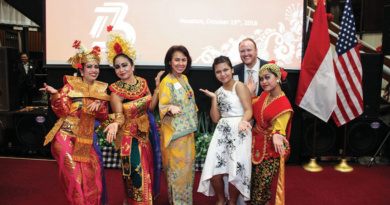 The 73rd Anniversary of Indonesia’s Independence 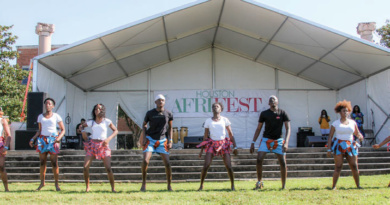