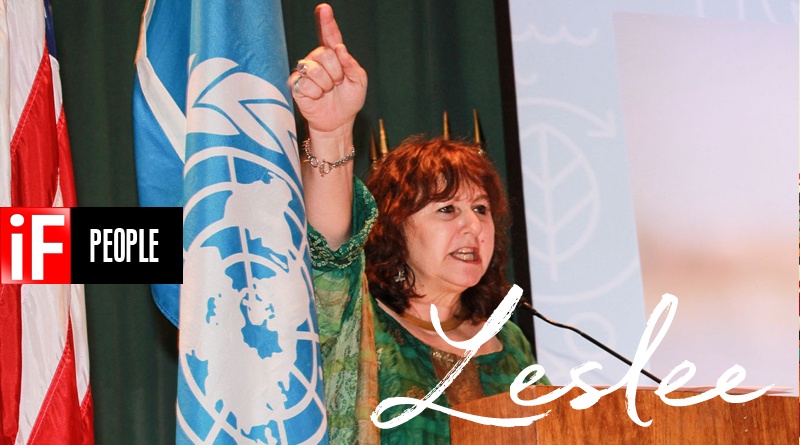 Born in Israel to religious Jewish parents with roots in England, Germany, and Lithuania, she went with her parents to South Africa at age 9. Leslee rebelled against the Jewish religion at the tender age of 13. She especially objected to the prayer in which Jewish men say that they are glad that they were not born a woman. This was the beginning of her life’s mission. For decades Leslee has fought against gender bias in relationships and the workplace. While her father wanted her to become a lawyer, she supported herself working in the theater and teaching at the University. In Capetown. Her work opportunities in Capetown were limited and she did not want to work only in the white theaters,, so at the age of 21 she went to London. There she worked at the National Theater, Royal Court and the Royal Shakespeare Company.

I met with Leslee after her speech at the UN Women for Peace awards where she was advocating for Eliminating Race and Gender Bias in the World.

Heidi PP: Your speech was really inspirational. Thank you for taking the time to talk with me. I hope that we can continue to talk and maybe work together in the future. I read that you were an actress in England in theater. In fact you had some roles in Shakespearean theater. What made you decide to become a filmmaker?

Leslee Udwin: It was very simple actually. When I was an actress, I always felt that I had too much time on my hands. When I was rehearsing, I was busy during the day, and there was nothing to do at night. When I was performing, I was busy all night, and there was nothing to do during the day except sleep. So, it seemed I was always looking for more.Then something happened in my actual life, my real life, that was a terrible shock to the system. I was living in an apartment that was in a Rent Act-protected block on the West Side of London. In those days you had a right to a very inexpensive roof over your head. The landlord couldn’t just come in and kick you out. Suddenly our landlady died, and unknown to us, the house was sold at an auction for 350,000 pounds. It was bought by an unscrupulous criminal landlord, a real psychopath, Nicholas van Hoogstraten. He had a modus operandi where he would frighten tenants out in order to sell the house. It could be sold immediately for 1.5 million pounds if he could get the tenants out. By threatening and harassing, he got every single man and family out. There were just seven single women left. I spent 2 and ½ years of my life fighting him in court. But I was able to wreck the property of this man.  I gathered 4 full houses together who had the same landlord and the same experiences. Everyone including the police were advising me to move. He threatened my life, so I carried a kitchen knife in my purse. I am sure that he would have treated me the way he treated other human beings, with contempt. I was a tenant. But I decided that I was not giving in. What is wrong is wrong. I was told that he was bigger, he was powerful, and I could not win if I had him summoned to a million courts. In the end, I was before the high court. With faith, courage and patience and by banding together, we prevailed.That battle created the woman I am today. If there is an injustice, you do something about it. I feel privileged that that happened to me. Through the years, when I have had a decision to make or a problem to solve, I have been able to handle it.

Heidi PP: You have an amazing spark. That story is amazing. You reached a turning point in your life. You became a fighter.

Leslee Udwin: Just as I knew when in 2012 I gathered my family together to announce that the protest in India that occurred because the victim of a gang rape on a moving bus in New Delhi had died, had turned vicious and violent. I spoke to my daughter, Maya, “ You are 13. Your brother is 16. He will be able to cope in my absence; your Dad also. You need a mother. If you tell me not to go, I will not go. But I have to tell you that if I do not go, I will not be able to look at myself in the mirror.” Blackmailing my own daughter. She said,” Mommy, of course, you have to go.”

Heidi PP: So you went to the protest. Did you take a camera with you?

Leslee Udwin: No. I went to make a film about the protest. What I could do was make a film to tell that story and bring that to the attention of the world. This film did actually create a movement. It did. There is no question. It sparked a fervent international movement against violence against women. Now, is that enough? No. Of course it isn’t enough. I know that and knew that at the end of the film, and that is why I am not making any more movies. What does a film do? It creates awareness. What does that do? It is like the “me too” movement. What has that done, really? It has created an environment of emergency. People are coming forward and feeling that they have made a difference. There is a massive sense of awareness. In the scheme of things, in the emergency of looking at what is going on in the world day in and day out all over the world, it has made people in their eagerness, feel that they made a decision and accomplished something. It has a very serious underlying problem concerning human rights and the right of an individual to a trial and the right to defend themselves.

Heidi PP: Right. You can’t just put out someone’s name and let someone just say that something happened 20 years ago. It is frightening a little bit. I feel that it could create a backlash.

Leslee Udwin: It has already in many ways.

Heidi PP: What we are really trying to do is change our relationship with men fundamentally.

Leslee Udwin: And that is through education. There is no other way to do it. I will stand by everything that has been learned and say stop, stop, stop. It has to start in the early years.

Heidi PP: I believe in that education as well. But what do you do with the people who are beyond that? It is 40 year olds who are our leaders, who are teaching, who are running our companies, and who are role models for our youth.

Leslee Udwin: Here is the problem. We have to start with the playground. We just let the children play. We have to address the violence there. We can’t change a 40 year old. If we think we can, we are lying to ourselves. We could if we had trillions of dollars to force them into therapy. And maybe some of them would make progress.

Heidi PP: Like the  “Me too” and the Dr. Phil shows. We have never ending talking about the problems.

Leslee Udwin: It is better to start at the preschool level. We can prevent the problem. We haven’t even started with prevention yet.

Heidi PP: So concerning the “Think Equal” program, how does a teacher start to bring that to their students?

Leslee Udwin: We offer everything free. We are a non-profit registered in both the UK and the US. Think Equal is a programme based on the belief that the younger you start the better for the child. Just as they learn to hate because of color, religion, or gender, they can be taught to love, which comes more naturally. We designed the programme for ages 3-6. The programme was planned for 30 weeks of the school year. It includes the books and lesson plans for 1.5 hours per week. There are 2 days of training for teachers on the use of the materials and the lesson plans. We provide all the books and instruction materials free. The one aspect of education missing from traditional programmes is Social-Emotional Learning. Our programme has been tested and evaluated by experts in early childhood. A committee of global thought leaders and experts helped in the design of the programme and the materials used in the classroom.

Heidi PP: Both the US and the UK have been hit very hard with this global pandemic. Since children are being home-schooled, the parents are going to have to become acquainted with the program for it to be successful. How have you approached that problem?

Leslee Udwin: We have designed home kits that the parents and children can use when they are not in a classroom. The kits are being distributed free of charge also.

Heidi PP: I am very excited about the program, and I look forward to talking with you again and to working with you when you come to Houston. 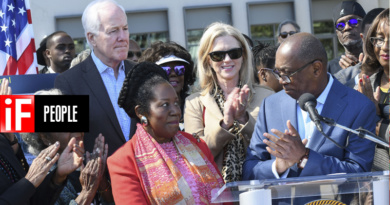 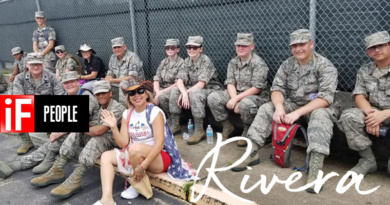 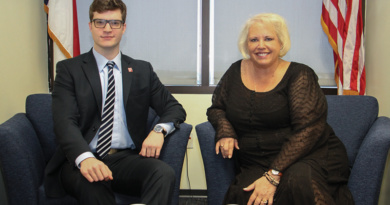