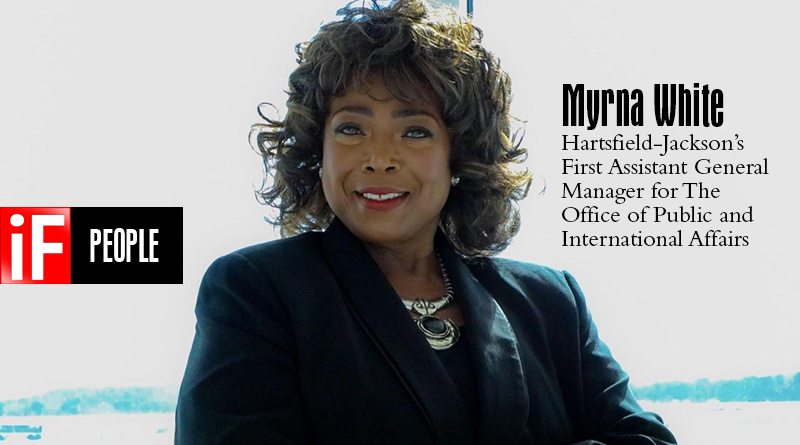 If you are in the world of aviation, there are two details that you should automatically know.  First, Hartsfield-Jackson Atlanta International Airport (ATL) is the world’s busiest airport.  Secondly,  while emulating traits of a modern city including dog parks, chapels, entertainment, beauty and business services, it employs a host of award-winning professionals who are leaders in their respective fields. For over three decades, Myrna White has proven to be a formidable leader in the aviation industry, winning the respect of aviation leaders worldwide.

Growing up in Dublin, Georgia, my family stressed the importance of hard work. Advice from my mother has served as my North Star—“Never accept mediocrity. If you’re going to do something, do it to the best of your ability the first time.”  Anyone passing through or conducting business with ATL deserves the best experience we can provide.

I was a journalism major at the University of Georgia with my eyes set on becoming the first woman to anchor the news in Georgia. (I’m aging myself here!)  After interning at a television station in Tallahassee, Florida, I realized my passion for writing news stories rather than being a reporter in front of the camera. My appreciation of language arts coupled with my passion for writing naturally transitioned me to my first job at the Columbus Ledger-Enquirer – the second-largest daily newspaper in the state. While there, I covered police and military beats and later moved to open a news bureau in LaGrange, Georgia, covering events in West Georgia and East Alabama.

After moving to Atlanta for a  position in the City of Atlanta’s Public Safety Department in the Public Affairs office, I was later hired by Hartsfield-Jackson to win jurisdictional approvals to build the Airport’s fifth runway. I led the successful campaign to gain the community’s buy-in for a highly contested fifth runway that would expand the Airport’s capacity and improve the efficiency of operations. In 2006, the new runway was applauded as the “most important runway in America,” for its critical role in relieving air traffic congestion along the east coast.

What do you do in your capacity on a daily basis?

In my world, no two days are the same. In addition to advising the general manager of the Airport and other members of our executive leadership team on critical issues, I also represent the general manager on the Airport Leadership Collective of the Airport Minority Advisory Council (AMAC). AMAC’s mission is to ensure that women and people of color are adequately represented in the airport industry, and we’re committed to supporting that mission. Additionally, I’m responsible for managing the Airport’s partnership with area chambers of commerce and other business organizations.

I led the establishment of the Airport’s Government Affairs and Community Affairs units. In my current role as assistant general manager of the Office of Public and International Affairs, I oversee the business units that are responsible for building and nurturing the Airport’s key stakeholder relationships. Those units include international affairs, government affairs, communications and public affairs, special projects and community affairs.

I’m especially proud of our team and their impact on this region. I’m also fortunate to work for an organization that operates on the foundation of three strategic pillars – People, Purpose and Performance.   Under the leadership of Airport General Manager Balram “B” Bheodari, everything we do is centered around one of those important pillars.

What are some past, present, and future goals of your department?

One of our goals is to develop a podcast that allows employees to communicate directly with our general manager. Our employees are the Airport’s greatest ambassadors, and we want them to be apprised of the organization’s priorities and receive updates on important projects. We are fortunate to have a general manager who is a visionary and well-respected in the global aviation industry. It is important that our employees are able to have an open line of communication with him.

Another goal is to develop a professional mentoring program within the Department of Aviation. We have highly competent men and women whose expertise is sought nationally. We also have bright emerging leaders who want to contribute to the Department’s success and make their mark on the industry as a whole. A structured program to connect the two would create incredible synergy.

A past goal was to plan and execute the Airport’s Summer Youth Employment Program, which is part of Mayor Andre Dickens’ goal for the City of Atlanta to hire 3,000 teenagers this summer, giving them a productive way to spend their summer while earning income. Because of my team’s leadership, we were able to accomplish the GM’s charge to hire 100 youth, providing mentoring and professional development at Hartsfield-Jackson.

Tell us about your perspective on international trade and development.

International trade and development are integral components of the nation’s commerce. Our cities, states and the nation are co-dependent. And research shows that countries with robust international trade practices grow faster, improve productivity and have higher economic opportunities for their citizens. Naturally, having the world’s busiest international airport gives this region an economic advantage. We collaborate with organizations such as the Atlanta Convention & Visitors Bureau (ACVB) and area chambers of commerce to help generate international trade and development, and our air service development team partners with the airlines to enhance international air service.   Further, I’m honored to have been recently named to the Georgia Foreign-Trade Zone board of directors.   The Foreign-Trade Zone is committed to lowering costs and increasing efficiency for companies operating in Georgia, making the market more attractive for manufacturing and trade.

What are some big picture issues facing airports today?

One of the biggest issues facing airports around the nation is modernizing our aging infrastructure and securing the appropriate funding to do so. Other important issues we all face include labor shortages and inflation, which are affecting the nation’s industries; how to integrate diversity, equity and inclusion into daily operations; and how to best recover from the COVID-19 pandemic.

What would you consider the biggest challenge you are facing and the greatest opportunity?

One of our biggest challenges is ensuring that we have a highly competent, motivated workforce. With labor shortages and the “great resignation” in our midst, it is more important than ever to have a desirable work environment. Our greatest opportunity is to facilitate an effective succession plan so that as talented leaders move on, either to new positions or retirement, we can ensure business continuity and performance.

What partners are you currently working with and what do you see as most promising relationships moving forward?

In addition to the ACVB and area chambers of commerce, we also work with airport industry associations—Airports Council International (ACI), American Association of Airport Executives (AAAE), and the Airport Minority Advisory Council (AMAC). We are further committed to nurturing our international partnerships with the Consular Corps and consulates, the bi-national chambers of commerce, and the Airport’s Sister Airport Program, which is an extension of the City of Atlanta’s Sister Cities Program.

We are fortunate to work under the leadership of both a mayor and an Airport general manager who completely understand the importance of maintaining a positive, productive relationship with the international community. Mayor Dickens, who recently hosted a luncheon for the Atlanta Consular Corps at City Hall, said Atlanta is graduating to a higher level of international engagement and the entire leadership team values this commitment.

Myrna White has been honored and recognized throughout the world in the aviation community. White was recently honored by Airports Council International (ACI) with the Bushelman Legacy Award for Creativity and Excellence; named  a Top Woman of Influence each year for more than a decade by the Atlanta Business League; the Georgia House and Senate passed resolutions recognizing White for professional leadership and community service; named Big Sister of the Year by Big Brothers Big Sisters of Metro Atlanta, Inc. White; and has received awards for excellence and leadership from two metro Atlanta chapters of Delta Sigma Theta Sorority, Inc., of which she is a proud member. 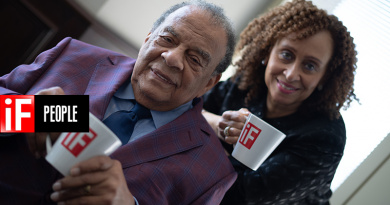 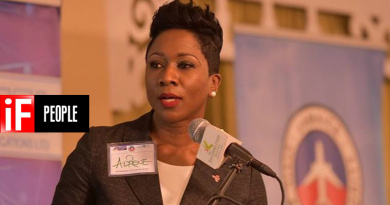 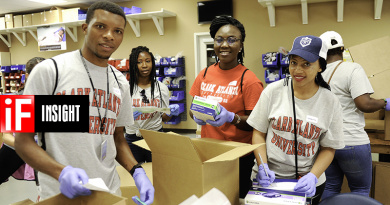