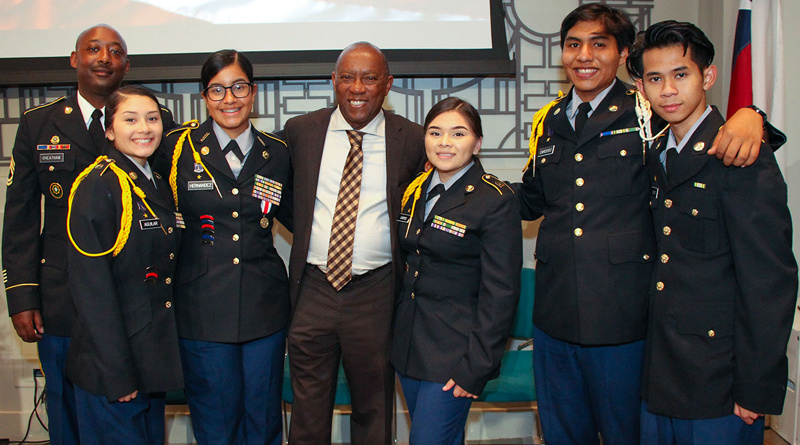 Mayor Sylvester Turner and his daughter Ashley Turner hosted the naturalization ceremony of 50 new U. S. citizens the day after the midterms in November. It is the second time that city hall has been able to host the ceremony, which is held several times throughout the year all over the US. In speaking to the new citizens, the mayor said, “You reflect one of our most cherished values, which is that there is strength in diversity, quite naturally, that diversity is an asset.”

U. S. District Judge Vanessa Gilmore presided over the ceremony. She pointed to the very heated midterm elections in which Ted Cruz narrowly beat Beto O’Rourke and the Democrats seized control of the House as a good example of how powerful their newly acquired right to vote is. Also, she reminded the new citizens that should they become dissatisfied with the work of their elected officials they should consider running for office now that they have that right also.

Miriam Arellano, age 29, was among 50 others, about a dozen of whom were also from Mexico, who gathered at City Hall to earn their citizenship that day. After being handed her certificate, Arellano spoke of how her father’s hard earned cash was sent to Mexico for her medical treatment. As soon as she was healthy, she and her mother crossed the Rio Grande to join her father in 1990. Her parents are still seeking their citizenship in Dallas. She graduated from University of Texas in Austin and is now working as an IT analyst in Houston.

November is citizenship month for Houston with several paths to citizenship events and celebrations being held annually throughout Houston. Also in attendance were several consuls, David Godwin with Sister Cities, Daniel Stoecker with the alliance, and Art Acevedo, Houston’s Chief of Police. It is always an inspirational ceremony to witness and be a part of. 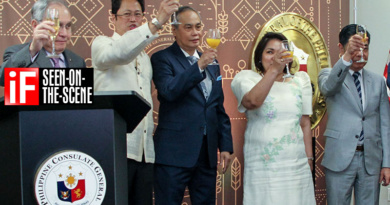 The Opening of the Consulate General of the Philippines 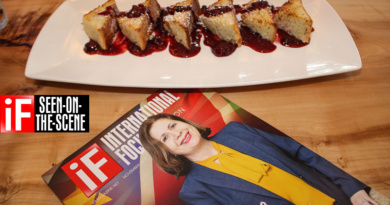