By Susanne Rothschild, MBA, PMP, President of The Rothschild Corporation

When you consider Pakistan’s influence in America, what are your first impressions?

Pakistan borders India on the east, Afghanistan and Iran on the west, the Arabian Sea on south, and China on the northeast. The culture name is Pakistani and the nation was created as a separate Islamic nation in 1947 when India gained its independence from Great Britain. The religion of about 95% of the population is Muslim. For more information, refer to http://www.everyculture.com/No-Sa/Pakistan.html.

This article focuses on a few of the many Pakistani American contributions to our lifestyle, business, and culture. For example, did you know?

Texas has large Pakistani American populations in Houston, Austin, and Dallas. The communities are made up of professionals in medicine, IT, engineering, textile manufacturing, real estate, travel agencies, motels, restaurants, convenience stores and gas stations. Although English is the official language in Pakistan, many retain their native languages – Punjabi and Urdu, and are fluent with English. For more information, refer to https://en.wikipedia.org/wiki/Pakistani_Americans.

1. What are some of the Pakistani American’s contributions to American media and entertainment?

Although the list is rich with contributions, below are a few examples.

• Bapsi Sidhwa, Pakistani novelist and playwright, who now resides in Texas, authored Cracking India, the novel that was the basis for Deepa Mehta’s film Earth.

• Sameer A. Gardezi, Pakistani-American screenwriter for film and television is known for his work on Modern Family.

• Somy Ali, a former Bollywood actress, is now a model and journalist.

2. What are some of the Pakistani-American contributions to business in America?

• Shahid Khan, featured on the front cover of Forbes magazine in 2012, highlighted him as the face of the American Dream. He is a billionaire business tycoon who purchased the Jacksonville Jaguars of the NFL in 2011.

• Fred Hassan was chairman of the board and chief executive officer of pharmaceutical company Schering-Plough from 2003-2009 when the company merged with Merck & Co.

3. What are some of the Pakistani American’s contributions to academia, medicine, and technology?

Below are a few of the many notable contributors:

• Muhammed S. Zubairy was former Professor in the Department of Physics and Astronomy and holder of the Munnerlyn-Heep Chair in Quantum Optics at Texas A&M University.

• Ahsan Kareem is Robert M. Moran Professor of Civil Engineering and Geological Sciences at the University of Notre Dame and a member of the National Academy of Engineering.

• Ayub K. Ommaya is a neurosurgeon and expert in traumatic brain injuries, former clinical researcher at NIH, and invented the Ommaya reservoir, which is used to provide chemotherapy directly to brain tumors.

• Bashir Syed is a physicist, NASA scientist, authority on renewable energy such as solar and wind energy, and distinguished member of NY Academy of Sciences.

• Farooq Azam, Distinguished Professor at Scripps Institution of Oceanography, University of California, San Diego is a researcher in the field of marine microbiology.

• Syed A.J Bokhari is Professor of Professor of Radiology, Biomedical Imaging and Trauma Surgery at Yale School of Medicine.

• According to “Pakistani Physicians and the Repatriation Equation”, New England Journal of Medicine, March 2015, there are more than 15,000 doctors of Pakistani descent practicing medicine in America.

4. What are some of the Pakistan’s contributions to cuisine?

You can experience the delicious Pakistani cuisine in numerous Houston restauants.

• Pakistani foods use spices and curry as the essential part of the recipes with meats, seafood, lentils, and vegetables.

• Although a wide variety of meat and seafood is served, pork is not included in the Pakistani diet. Pakistani restaurants and grocery stores sell Halal meats.

• Ghee is used for cooking.

• Plain rice is served as a side dish.

• Green tea is served with meals. 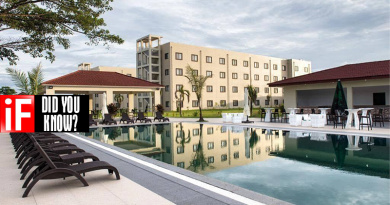