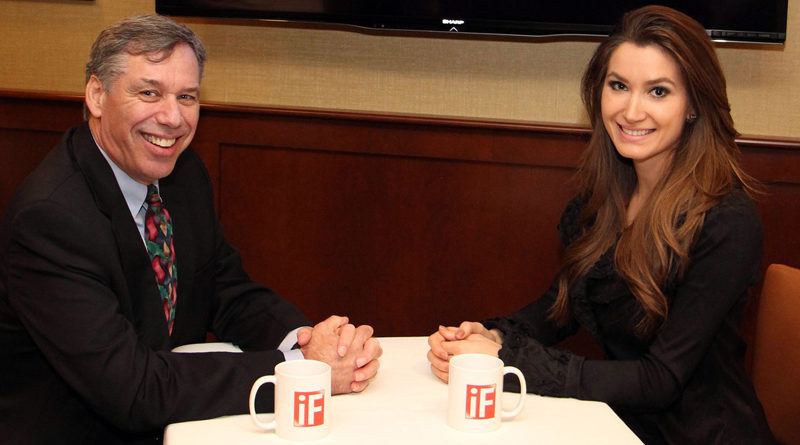 Katia: Tell us about yourself and walk us through your background.

Czarlinsky: I came to Texas in 1991.  My background is in Political Science and Journalism.  Luckily, I have been fortunate to work in the public affairs arena.

Katia: What you do you do professionally?

Czarlinsky: I work for the American Jewish Committee, which is the oldest human relations organization in the United States.

Katia: Tell us more about the American Jewish Committee (AJC), its mission, intended impact, and the vehicles it uses to create change.

Czarlinsky: Today the American Jewish Community is heavily focused on the international arena — on global Jewish advocacy.  While global has an international connotation to it, it goes from local, to national, to international.  Our agenda heavily encompasses Israel and its place in the world.  We also focus on global anti-Semitism, immigration-related issues, bridge-building with Houston’s faith and ethnic communities, whether it is with the Muslim, Latino, or Asian communities.  With these issues, we advocate to members of the third largest Consular Corps in America and to Members of Congress.

For more than a century, AJC has been the leading global Jewish advocacy organization.  With offices across the United States and around the globe, and partnerships with Jewish communities worldwide, AJC works to enhance the well-being of the Jewish people and to advance human rights and democratic values for all.

Through high-level diplomatic meetings that leverage long-standing relationships, AJC gains the support of global decision-makers on our critical issues.

Through local, regional, and national advocacy with Members of Congress, AJC promotes domestic policies and legislation that supports our global agenda.

Katia: Tell us more about the new alliances and coalitions that AJC has recently formed.  What other plans do you have for the rest of the year?

Czarlinsky: On the national scene, AJC launched the Muslim-Jewish Advisory Council.  It has been in the works for months, the announcement just happened to occur after the election.  The Council is comprised of Muslim-American and Jewish-American leaders working toward the common goal of fighting discrimination against either group, leaving international issues sometimes aside.  This new national group of leading American Muslims and American Jews comes together to advocate for issues of common concern.

The Council stands for what America promises to all its citizens — equal rights and equal protection under the law.  We have come together to help deliver on that promise for our communities and all Americans, and to participate in building our country pursuant to its laws and ethical traditions.

For years AJC has been engaged in Latin American affairs as well as building relationships with the American Latino community here.  We have had five Immigration Summits in Houston, from the international perspective, to the cost of immigration reform, to trafficking. In January, a prominent group of national U.S. Jews and Latinos established the Latino Jewish Leadership Council (LJLC).  Convened by AJC, the new national Council will work to further strengthen Latino-Jewish cooperation in advocating for issues of shared concern and values cherished by both communities.

We are deeply engaged with the Consular Corps.  In April, we will host our annual Consular Corps Passover Seder “Journey to Freedom”.  Besides telling the Passover story, the evening features a couple of individuals who share their Journey to Freedom.  We also host the Consular Corps for an annual Chanukah party and the UN Holocaust Victim Observance.  The January 27th observance always recognizes a diplomat from WWII who disobeyed orders and rescued Jews and others fleeing Nazi persecution.

Katia: Tell us about the upcoming 2017 AJC Global Forum: The Power to Act.

Czarlinsky: Instead of an annual meeting, AJC has created a two-and-a-half-day global forum, where global leaders, the AJC leadership, and 2500 people from around the world come to Washington to interact and discuss global issues.  At the AJC Global Forum, you have the power to act — the power to make a difference for the Jewish people and the State of Israel.

From major policy addresses to scintillating debates, to advocacy encounters with diplomats and elected officials, the AJC Global Forum is the premier global Jewish conference.  The impressive three-day program includes addresses by world leaders and a mixture of large plenary sessions featuring headline speakers and smaller breakout sessions.  This June, the President of Cypress is planning to be there.  There is also an evening of Ambassador dinners where 20-30 people from AJC go to an Ambassador’s residence, or where the Ambassador comes to a venue for more intimate discussion.  The AJC Global Forum is not just an annual meeting at all.  It is really a forum where we look to Latin America, Asia, Europe, and the Middle East and dissect what is really taking place in these regions.

Katia: Is there anything we have not talked about that you would like to discuss?

Czarlinsky: AJC, here in Houston, is deeply engaged with the Houston Consulate Corps.  Many of these Consuls become Ambassadors when they leave here and the relationship with AJC is not just for Houston, but it is long-term.  A few years ago the Chinese Consul General here became China’s Ambassador to Israel; the previous India Consul General is now India’s Ambassador to Vietnam; there has been a Consul General here for France that became the key advisor to the French President, so it is really the relationships that are built that is really at the core of what AJC does — relationship building, bridge-building, to be able to have conversations on issues of concern, not just of the Jewish community, but of the country at large.

For more than 10 years, AJC Houston has hosted the Presbyterian-Jewish dialogue.  Despite differences, the group convenes regularly to discuss national and global issues, as well as overtures that appear on the national Presbyterian agenda.

The final piece of AJC’s impact locally, is the Mickey Leland-Kibbutzim Internship program.  Now in its 36th year, AJC works with the Foundation Board and Congresswoman Sheila Jackson Lee to coordinate seminars and briefings for the 10 selected high school juniors who reflect the diversity of the 18th Congressional District.  The students have a life-altering experience by spending four weeks of the summer in Israel where they live, work, and see first-hand the State of Israel. 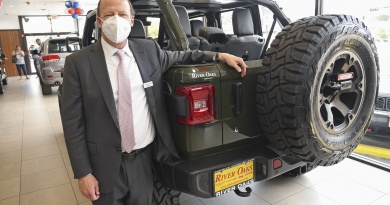 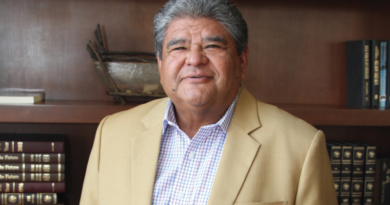 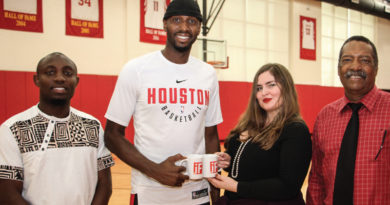