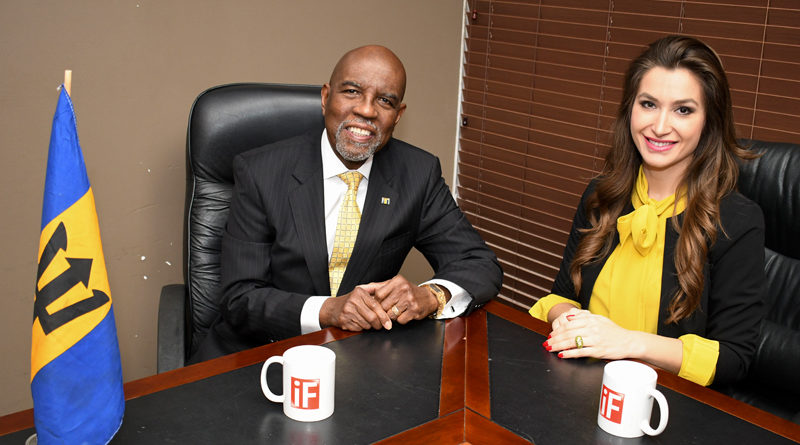 A: I was born and educated in Barbados through high school. I was overwhelmed with the desire for a higher education, but Barbados at that time did not have a university. Some of my best friends from high school were able to go to some of the top universities in the world, because they were prepared by Barbados’ excellent educational system. My opportunity came through my brother who was an exchange student in New York. He mentioned to his host, an attorney, that I desired to come to the United States to study. Interestingly enough, I never heard from this attorney, but l received a letter from a university in Buffalo, New York with an application and suggesting that I apply. I did, and I was accepted.

Before coming to the United States, I worked as an editor with a local newspaper in Barbados. I was always fascinated by television even though I had never seen a television set until I was 18, when Barbados launched its first station.  Unfortunately, my university did not offer studies in this field, but while attending a reception one winter evening, I happened to meet two TV producer/directors who worked at the university producing programs for instruction. From them I discovered there was a fully equipped TV set on our campus. These men became my mentors for life. The following summer, I was hired by a network affiliate station to cover for one of them who sometimes filled in for crew members on vacation; he would be traveling. This was after just one month of intense preparation from him. No one was aware of my limited experience, and I even walked away with a stellar letter of recommendation from the network.

While I was an undergraduate, I was appointed the Editor of the university’s student newspaper. This allowed me ready access to the President of the university. My mentors were academically qualified to be members of the faculty and it occurred to me that perhaps I could get credit for my experience working with the studio. I presented the idea to the President and he approved it. I then suggested to my mentors to apply to become faculty members which would permit them to teach television-related independent courses. It meant I could take these courses and get credit for them. Let me note that the university did not offer any regular courses in the field. I eventually graduated with a degree in Sociology. With the urging of my mentors and because the television credits I had earned qualified me to enter the Television and Radio program at Syracuse University, I applied.  I was admitted and earned a Master degree in TV and Radio. Not many other universities offered such a degree at the time.. I worked in television in Buffalo for four years and then obtained a PhD in Communications at University of Buffalo—SUNY. Later, I came to Houston to join the faculty of the School of Communication at Texas Southern University, Eventually I became Depart Chairman of the Television and Radio Department. In 2002, I was invited by the Government of Barbados to represent the country as Honorary Vice Consul in Houston, and three years later to do so as Honorary Consul.

Q: What does a Consul in your

capacity do? What parts of America are covered by the Consulate and what are the services it provides?

A: My jurisdiction is the state of Texas and I do a plethora of things, from helping Barbadians obtain legal advice, to seeking and facilitating business opportunities, and more. Of course, I seek to promote business opportunities between Barbados and Texas, as well as provide information to anyone considering visiting Barbados, which could be for business, or as a tourist destination, or for anything else. Barbados’ primary industry is tourism, replacing sugar production of the past.

Currently, I serve as the Liaison to the Medical Center for the Houston Consular Corps and I was also invited to be a member of  the International Affairs Advisory Council in the Texas Medical Center. I also served as chair for two years.

Q: What are some past, present and future goals for Barbados’ relationship with the U.S.?

A: Barbados has a long history with the United States. It goes as far back as the 1700s. with the Carolinas. Many may not realize that some of South Carolina’s first governors were Barbadians.

In the early 1700s Barbados had become one of the richest British colonies from sugar and the developers of the industry had sought to expand to the Carolinas.

Areas that we are very interested in developing now are medical tourism and the kinds of businesses where a highly educated populace is desired. We have a 98% literacy rate – one of the highest in the world – and a very high percentage of people with college degrees. I really want to have exchanges in the field of education covering the hospitality industry, the medical field, business and investments. Most of our tourism comes from Europe and Canada and we would like to increase the volume of U.S.  visitor traffic. We are a bit further away from the U.S. than other frequented travel destinations in the Caribbean and one of our goals is to increase the number of direct flights to Barbados.

Q: What are some big picture issues facing Barbados today?

A: The economy is our biggest issue is today. Many of the Caribbean islands were impacted heavily by the global economic downturn of a decade ago, and they are still recovering. Also the United States made some rule changes to the banking system which has made transactions a little more complicated, but the country is dynamic and is coping with that. Really, what we are also looking for is more investment. Tourism generates a sizeable part of the economy, but does not cover all of the needs that we have.

One can consider Barbados an urban country. It is a small country with a population of just under 300, 000; it is well developed and has an outstanding education system, a highly literate populace, as well as a developed communications and transportation infrastructure. In other words, areas of investment that require well educated workforce would present viable opportunities.

Q: How is the Barbadian business community uniquely positioning itself to help Americans who are interested in doing business in Barbados?

A: Currently, there are agencies in our Consulates that specifically deal with business development.  Seminars are frequently conducted across the U. S. Also Barbados offers very favorable tax incentives to investors doing business. There are no minerals and the like, but it offers potential for high quality products in the service and knowledge industries, such as software development and others. Because of its history in the sugar industry, Barbados produces and exports some of the best rum in the world and is home to the oldest rum refinery in the world.

Many Barbadians themselves leave the country and become highly skilled in a variety of fields.  What happens is that some of the brightest leave and find it difficult to return even when they would like to.  This is primarily due to the lack of opportunities in their specialty fields. Barbados is currently working towards improving in these areas. What I would like to see are resources made available as incentives for many of them to return and contribute to the country’s development, for instance research and development in the areas of science and technology.  However, financial restraints may make this difficult for a small country like Barbados, but I think with collaborative relationships with external entities such as academic institutions and other industries could make it viable. 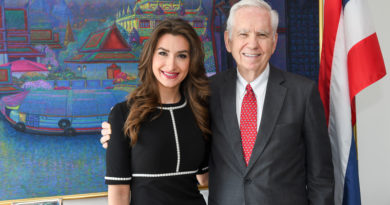 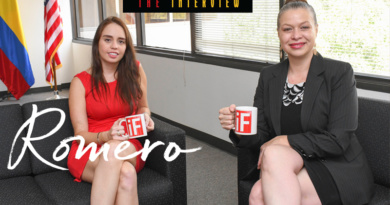 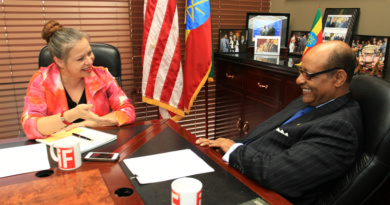